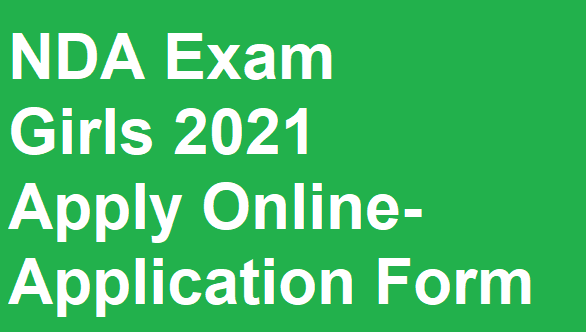 NDA for girls| NDA girls apply online 2022| NDA application form for girls download| NDA exam for women 2022 registration: The UPSC NDA Exam 2022 will consider girls to take part in the NDA examinations. As we all know previously no women were considered to be a part of the National Defence Academy.

In this article, we have shared detailed information on how you can apply online for the NDA examination 2022 for women. 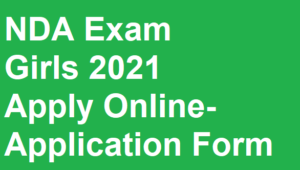 National Defence Academy will now have women candidates as supreme court has taken the decision of allowing girls to give examination of NDA.

This decision is taken as the court slammed the policy decision of the Indian Army for not permitting Indian women to appear in the NDA exam and said that it is based on ‘Gender Discrimination’.

This is the must awaited decision for the parents who ant their girls to be in NDA. Till now UPSC conducts exam twice a year for Army, Navy and Airforce and only male candidates are eligible till now.

Now after this decision now on girls can apply for NDA 2022. Earlier women can only enter in defence field by the clearing short service commission.

Latest Update: Girls can apply for NDA from 18th May to 6th June 2022 recruitment.

Girls who are interested to apply online for the NDA will have to first visit the Official Website i.e upsc.gov.in/. 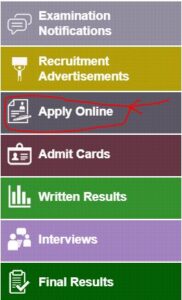 Candidates can apply for this great opportunity as this enhance their carrier opportunity as an officer in National Defence Academy and Naval Academy Examination.

Note: The department has decided that NDA forms for girls will be released on November 2021. On the next years recruitment girls can apply.

Age Limit for girls and boys:

As doors are opened for girls in NDA, now every parents and candidates will try hard to fulfill their dreams. Interested candidates can download the application form.

At first you have to visit the Official portal to apply for NDA i.e upsc.gov.in.

Here on the homepage, you will see a link stating Forms & Downloads. You have click on it.

Apply from this link i.e upsconline.nic.in/upsc/FEMALE/mainmenu2.php#

Now you will visit a new page, here you will see a list of forms released the Union Public Service Commission. From here you can download the application form.

As we all know this decision is taken newly so the application form link and online registration start process will start from 18 May 2022 and we have provided the official links and notification here.

The proper details about the girls or women recruitment in NDA will be shared after the release of Official Notification. Once the notification release we will share the exact important information here regarding NDA Women Entry.