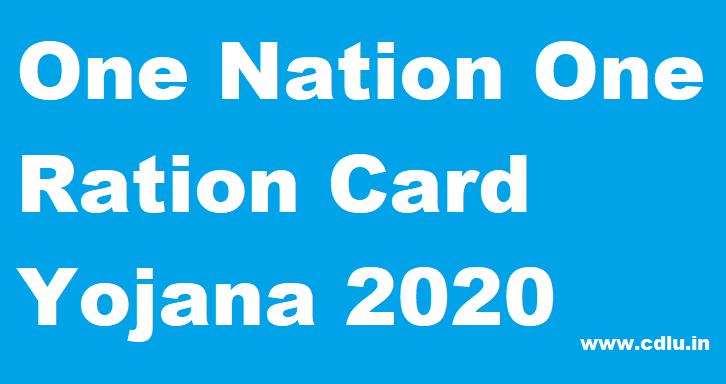 The Indian government is going to launch the “One Nation One Ration Card Scheme” in all over India. Apply online or any kind of registration application form fill up process is not required. Ek Desh Ek Ration Card Yojana will benefit every individual in the country.

Under this scheme, anyone can take ration in any part of the country by using his one nation ration card. This will mainly help migrant workers who work in different states or UTs. 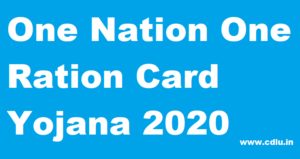 One Nation One Ration Card Scheme 2020

The Indian Finance Minister Nirmala Sitaraman during the launch of Atma Nirbhar Bharat Abhiyan stated that ek desh ek ration card yojana will be completed in March 2021. She clearly stated that there will be one ration card system in the country.

It does not matter from where you are, whichever state or UT you can get ration from any PDS (Public Distribution Shop). The government authorized rashan depot will provide you all the monthly ration when you show your one nation card.

The One Nation One Ration Card is already rolled out 83% in the country so far and will be made 100% by March 2021. This will provide rightful ration in any part of the country.

There is no need for registration for ek desh ek ration card online apply, the government will attach your ration card and aadhaar card then you can take the benefit of this scheme. You also do not have to submit an application form for this as all proceeds will be done by the Indian government.

Key Highlights of the Scheme

This Ek Rashtra Ek Ration Yojana is the game changer scheme for migrant people and they can easily survive in the costly cities by getting cheap Ration from the government stores.